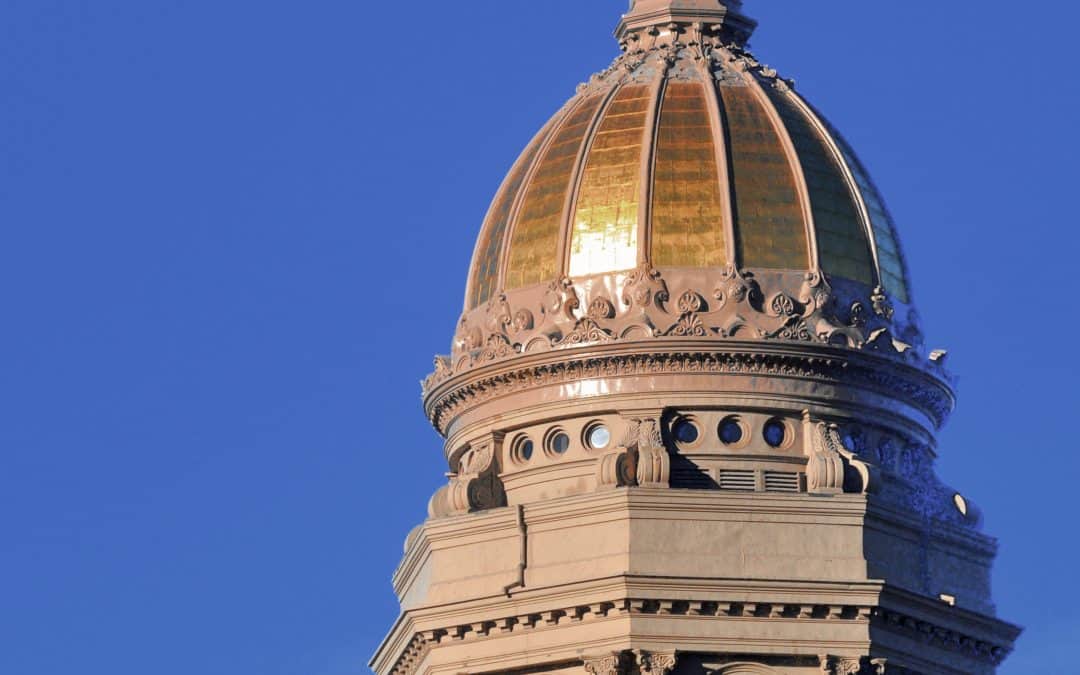 The following article was written for, and published in the January-February 2019 edition of Wyoming History News, written by Michael Dixon, FAIA.

After having completed five years of service in the United States Peace Corps helping with the recovery of culture and customs, three years in Ukraine until an untimely evacuation in 2014, off to Armenia in 2015 and Kosovo in 2016, I was asked to consider experiencing yet another unique culture…in Cheyenne, Wyoming. On October 1, 2016, I began a thirty-month contract as site architect and historic preservation consultant for the Wyoming State Capitol restoration.

Built in three phases since 1888, the Capitol has been the dominant structure on the Cheyenne skyline with its glistening gold dome. Originally presented in exposed copper, gold leaf was first added in the year 1900 after the copper had tarnished unevenly. Records show that only one ounce of 24 carat gold leaf was used. Today the gilders have told me they have used just over seven ounces of gold on the replaced copper plates.

Discovering the Capitol’s history while safeguarding the structure’s historic fabric has been both a joy and a challenge. I prefer to call the project a historically sensitive rehabilitation as the building is prepared with new infrastructure to meet new needs for use and safety. Reviewing original late 1880’s files and original blueprints has given a true sense of the people who made this structure happen. The files even hold letters which the first phase general contractor, John Feick, wrote to his wife, Lizzie. Mr. Feick reveals through his letters home a vivid picture of what Wyoming was like in the winter of 1887, including this note upon his arrival by train from Sandusky, Ohio:

“It is snowing and blowing hard enough to scare a man to death the first night. I feel very lonesome and tired.”

and, after a couple months:

“My clothes don’t need washing yet and my socks have no bottoms, but I will get them washed and wear them as leggings…I have not changed clothes since I struck town and my shirt will last longer without cleaning.”

If only these walls could talk.  Well, they do! And they speak to me in volumes of what came before and what we are passing on, improved, for future generations to enjoy. Discoveries of original 1880’s paint schemes are being reproduced by Evergreene Architectural Arts, arguably the best decorative artists in the world. Illusional trompe l’oeil stenciling in the rotunda already has been recreated and it is spectacular!

Closed up skylights are being re-opened to allow natural light to once again fill the interiors. New allegorical figures of “Truth,” “Justice,” “Courage” and “Hope” are being prepared for the previously empty third floor Rotunda niches by sculptor Delissalde in his studio in Loveland. They, too, will be a spectacular addition to the Capitol. Plans are for them to be unveiled during the grand re-opening celebrations on Wyoming Statehood Day, July 10, 2019.

It is truly a pleasure working daily with some of the best craftsmen in the country who have come together to produce results for which the citizens of Wyoming will be proud to call their Capitol.

Michael Dixon, FAIA, was formerly the principal of Dixon Associates of St. Charles, Illinois, an architectural firm specializing in historic preservation for over 32 years. He is now associated with Berggren Architects of Lincoln, Nebraska, under a contract with HDR Architecture in Denver. He is also a proud volunteer at the Wyoming State Museum in Cheyenne. 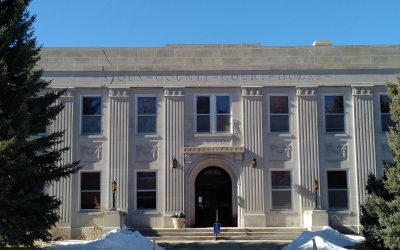 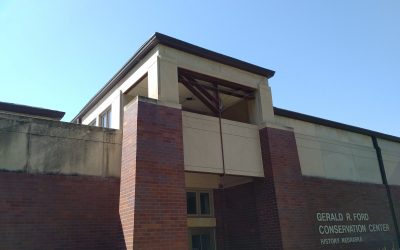