Built during WWI, the Norris Band Shell has always played a crucial role during festivals and celebrations in McCook, NE. After restoration, it’s back for an encore. 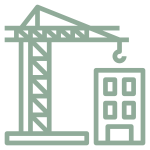 The Norris Band Shell is situated within McCook’s Heritage Square area and plays a crucial role during the cultural festivals and celebrations at Norris Park. Because of its value to the community, Berggren Architects was retained to do an Architectural Assessment of the building in order to determine the extent of the restoration needed.

The restoration of the Band Shell included significant repair of the exterior stucco and wall due to water damage. New historically sensitive replica windows were installed to replace less sensitive “fake” windows existing from a previous rehabilitation project. The electrical system was brought up to code and modernized. Existing cement asbestos shingles were abated. New shingles having a similar shape were installed to create a weather tight roof. 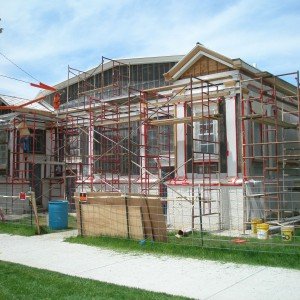 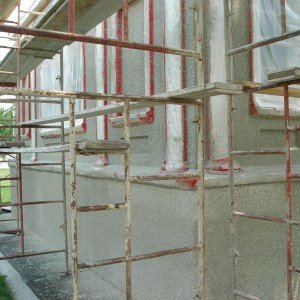 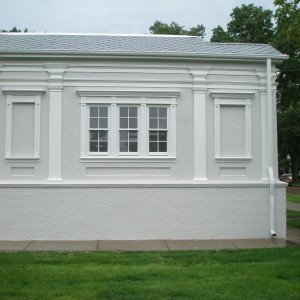 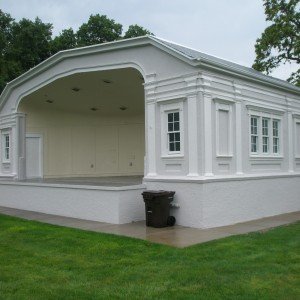 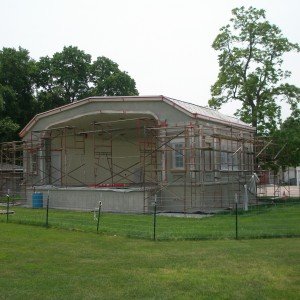